Founded with the mindset of becoming a community radio for Southwater & Horsham ALT-X FM Radio is an adult album alternative station that has evolved to play an eclectic mix of 80's & 90's centric music fused together in a freestyle set of shows and mixes. ALT-X FM Radio - Southwater community weather, traffic, and event news can be found at the bottom of this page.

Why the name? It is a play on words the founder Paul Rumsey was on FM radio back in the 80's and 90's in California and as well as radio worked as a club DJ. So one could say he is now X - FM. ALT was added as short for Alternative music and also as we are internet-based a nod is given to this by Alt which of course is a key on every computer.

Note: ALT-X FM offers unrestricted music so does not filter the language in songs that some may find offensive!

A growing list of 80's videos featured on ALT-X FM

Check out our full selection of  ALT-X FM videos at: http://www.kjazzradiouk.com/p/alt-x-fm-videos.html

ALT Shows by other DJ's bringing different dance and alternative grooves and voices to the DJ cloud collective.

We like this guys live shows. If you luv the 80s you will to he plays only vinyl on his shows complete with a  few scratches the production quality is fantastic.
In his words - ...based in Nottingham U.K. I have a wide and varied knowledge of most genres. If I'm going to pick a particular era, I'd say the 80's is my favorite decade. I've been a professional DJ since 1979 when I was only 16. I love entertaining people. I have since retired from " normal " work, and now just concentrate on entertaining people at the weekend.
Find out more at: The Virtual Juke Box 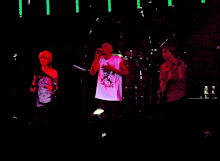 Faithless are an English electronic band formed in London, England in 1994 by Maxi Jazz, Sister Bliss and Rollo.The current, official lineup of the band (as of 2020) consists of Bliss and Rollo. The group is best known for the songs "Salva Mea", "Insomnia", "God Is a DJ" and "We Come 1". 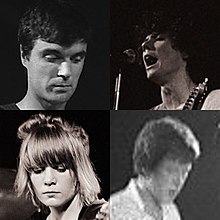 Talking Heads were an American rock band formed in 1975 in New York City and active until 1991. The band was composed of Scottish-born David Byrne (lead vocals, guitar), Chris Frantz (drums), Tina Weymouth (bass) and Jerry Harrison (keyboards, guitar). Described as "one of the most critically acclaimed bands of the '80s",the group helped to pioneer new wave music by integrating elements of punk, art rock, funk, and world music with an anxious, clean-cut image.

Founded in 2019, Head Jackers is an electronic music collective composed of two DJs, composer, arranger and producer. Influenced by the soul culture, jazz, funk, disco, Hip Hop but also by electronic music such as Detroit Chicago house, techno and many others. This diversity is our originality and we are constantly looking for new inspirations. Their music is featured in Alt-X FM shows.

Get the latest crime and neighbourhood alerts for Southwater and the surrounding area.

Note  ALT-X FM is not an 'On Air' station and is just for pure fun! It found its roots as a community station for Horsham West Sussex but the overhead was too much.
Email ThisBlogThis!Share to TwitterShare to FacebookShare to Pinterest
Home
Subscribe to: Posts (Atom)