Musician of the month

MUSICIAN OF THE MONTH - OCTOBER 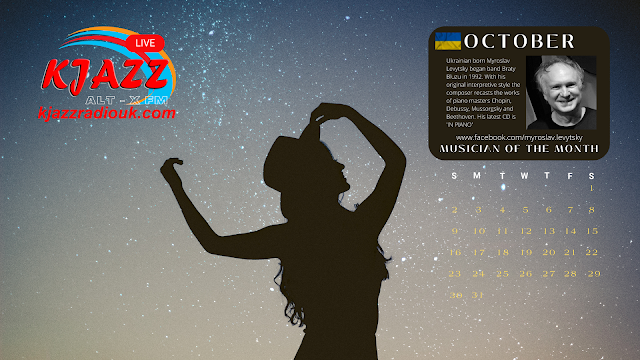 This month we celebrate the music of indie artist Myroslav Levytsky.

Myroslav Levytsky is an artist/producer. Born in Ukraine Myroslav Levytsky has a genuine pianistic touch, with subtle nuances and a wonderful feel for rhythm. His constantly syncopating, colorful compositions are captivating with the richness of their unusual pattern of imagery and intonation. With his original interpretive style, the composer recasts the works of piano masters Chopin, Debussy, Mussorgsky, and Beethoven. This is not a reproach but a compliment to the musician, who works in jazz. His academic education and skills have helped Levytsky develop his own original composition and performance technique. The presence of Ukrainian motifs plays a far from inconsiderable role in his style, which is rooted not so much in Ukrainian ethnicity as in the piano style of the Ukrainian romantic composers".

Myroslav's latest work includes the release of the CD 'IN PIANO' and the hit single 'My heart goes out to you Ukraine'
For more info: https://www.facebook.com/myroslav.levytsky 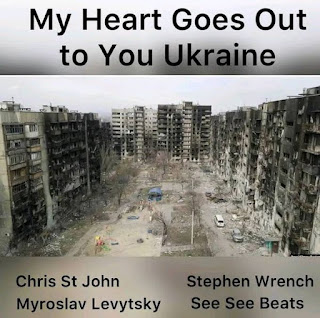 MUSICIAN OF THE MONTH - SEPTEMBER 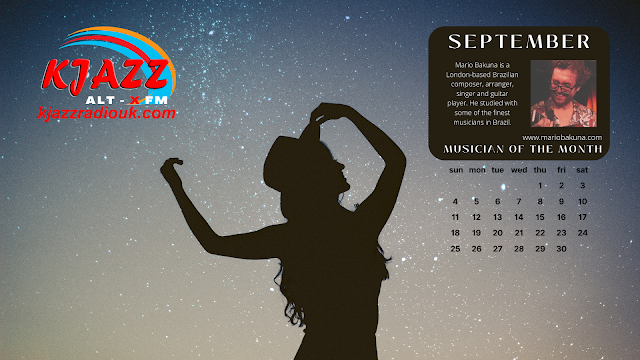 This month we celebrate the music of indie artist Mario Bakuna.

Mario Bakuna is a London-based Brazilian composer, arranger, singer and guitar player, with twenty years of professional experience. A graduate of the Free University of Music in Sao Paulo, Brazil, he studied with musicians such as Olmir Stocker, Roberto Sion and Roberto Bomilcar (pianist who played with Frank Sinatra during his visit to Brazil). In Brasil, Mario Bakuna has played alongside the trombonist Itacir Bocato, guitarist Renato Consorte, and pianist Nelson Aires, just to name a few.

His study focuses on the development of a music repertoire inspired by the greats of Afro-Brazilian Music, Samba, Jazz and Bossa Nova. In addition to developing new arrangements of music by enshrined Brazilian artists such as Tom Jobim, Dorival Caymmi, Paulo Moura, and João Donato, in recent years he has been working on reinterpretations of Samba Jazz - musical genre that emerged in Rio de Janeiro in the 1950s and was led by musicians like Luiz Eça, Tamba Trio, and Edson Machado. Their repertoire was based on Brazilian Standards with more sophisticated harmonies inspired by the Post-Bossa Nova movement.

He traveled to Europe to expand his knowledge and skills and since settling in London Mario Bakuna became one the most prominent names and a reference of Brazilian Music in England, and he's currently one of the most acclaimed and prestigious Brazilian musicians living in Europe. Mario widely performs in Europe at distinguished stages together with artists such as Jean Toussaint, Liam Noble, Ricardo dos Santos, Edmundo Carneiro, Cacau Queiroz, Alain Jean Marie, Dudu Penz, and Filó Machado. His previous album show Where Rio de Janeiro Meets Bahia - recorded in Paris alongside the renowned Brazilian percussionist Edmundo Carneiro - traveled to pretty much most countries in Europe, not to mention Brazil and Africa, with sold-out nights and great feedback everywhere.

Mario's latest release as a quartet is Brazilian Landscapes.

Find out more at: https://www.mariobakuna.com 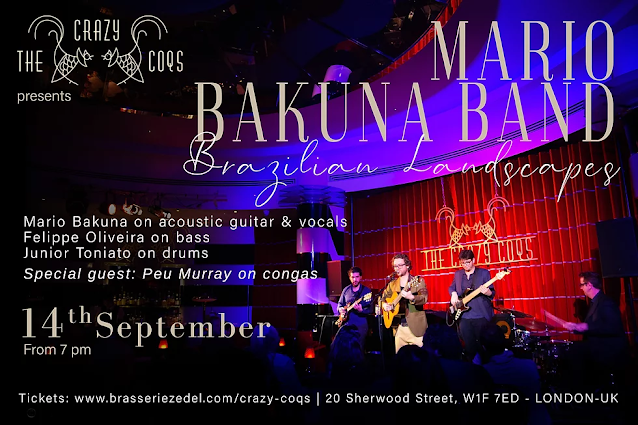